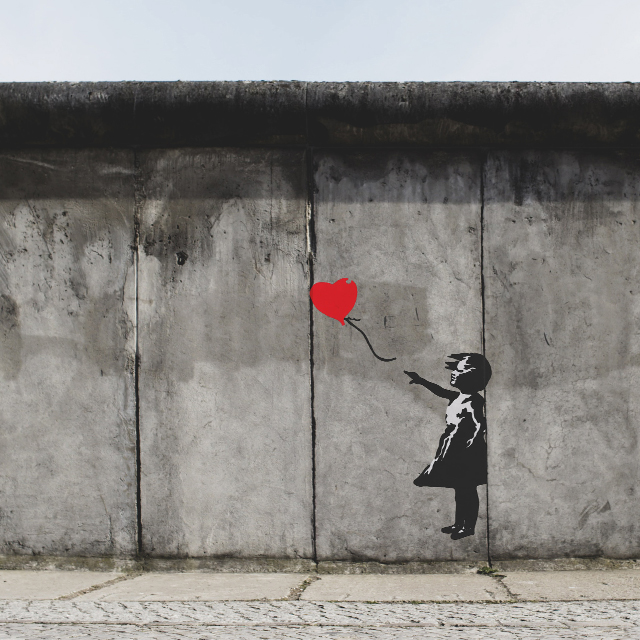 Here at DAMN Ads, we have a undying love for street art and graffiti. There’s no one we love more than Banksy! The international icon has built up a cult following while staying true to the artists spirit of art is for all.

“You don’t have to go to college, drag ’round a portfolio, mail off transparencies to snooty galleries or sleep with someone powerful, all you need now is a few ideas and a broadband connection. This is the first time the essentially bourgeois world of art has belonged to the people. We need to make it count.” 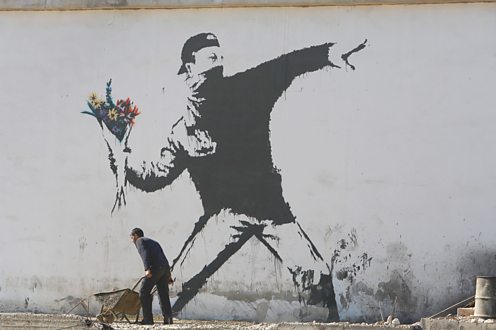 We’ve followed his trajectory as a concealed identity artist and it is inspiring to say the least. Driven by what we can only assume to be an innate need to connect, Banksy pieces pop up with political and social commentary that causes the masses to stop and think on the times.

The Banksy effect can be seen throughout pop culture as several notable stars and entities have vied for and collected his work. Banksy’s reach is so popular, that even his recent work, which shredded during an auction, is considered the first art piece to be created during bidding.

“To explain his rationale for destroying his own artwork, Banksy quoted Picasso: “The urge to destroy is also a creative urge”